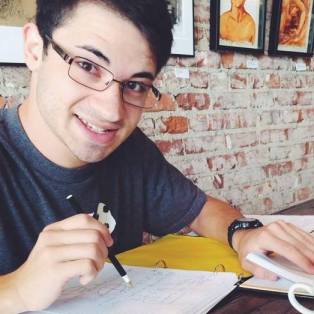 Made with OmniUpdate CMS, HTML, CSS, and JavaScript

This is a site that was made to give Agriculture Professors and Stakeholders a virtual tour of the Soil Lab.

Made with Vanilla JavaScript

This application allows for users to search for Github Users. It does so via the Github API.

The objective here is to just have a site that showcases my work and have a sandbox to test out some technologies.

I initially built this site just as a view with some links that takes the user to my other work, then I wanted a form, which is where I had to learn the backend.

I knew I needed a backend framework to handle form-submission data and to send me the email. What I didn't know was all of the pieces in between.

For someone who spent most of his career in the front end, the backend was like Greek to me. Which made it a fun challenge.

Overall it took about 2 weeks worth of work, but only two days of intense coding. It was certainly a challenge, but I learned SO much and had lots of fun. I think it's safe to say I officially like doing backend development.

Anthony is a Software Developer who loves build applications that can help make the world a better place, all while using cutting edge technology.
Anthony makes it a point to stay up to date with tech trends such as dev stacks, UI/UX designs, security implementations, and deployment processes. All while keeping up with SEO and Accessibily standards.
As of late, he has taken an interest in the Vue, Node.js and MongoDB stack.

This site is built with: